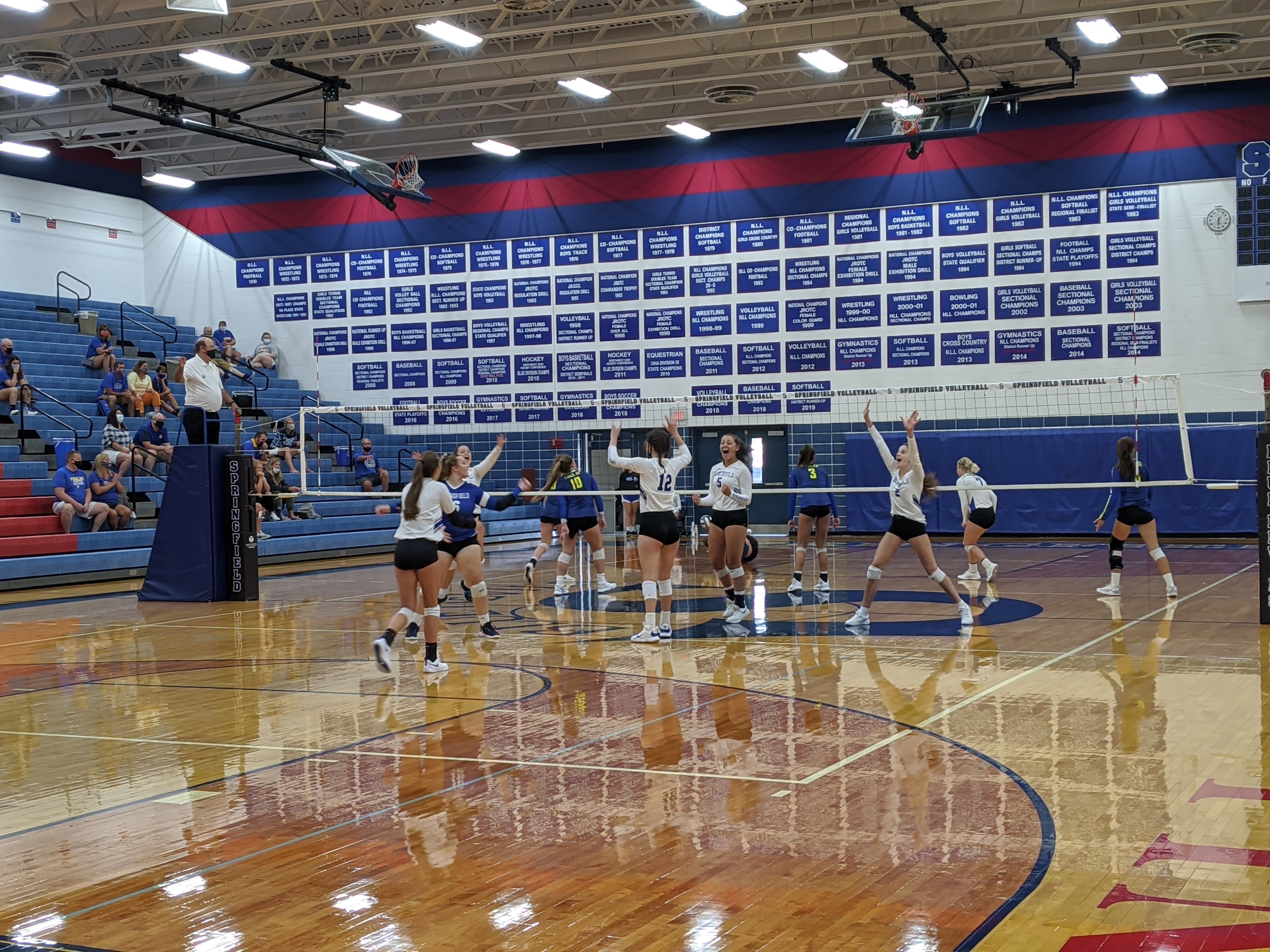 The Springfield volleyball team opened up its season on Saturday with a 3-1 victory over Findlay. The Blue Devils came out ready to play and earned a quick 25-12 victory in the first set. They then dropped the second set 18-25, but took the last two 25-15 and 25-18 to finish off the visiting Findlay Trojans. Freshman Gretchen Sigman led the offense with 12 kills, followed by fellow freshman Alison Wingate with 8 kills and junior Sydney Schwieterman with 6 kills. Sophomore Corrie Brown and freshman Alison Wingate led the defense with 13 digs, followed by senior Tori Wurzelbacher with 11 digs, and freshman Gretchen Sigman with 9 digs. Schwieterman and Sigman dominated the net with 3 blocks each. Sigman led the team with 5 aces and was followed by Brown with 3 aces. Brown paced the offense with 33 assists. The volleyball team will next travel to Fremont Ross for JV & varsity matches on Wednesday beginning at 5:00 PM. #springfieldstrong