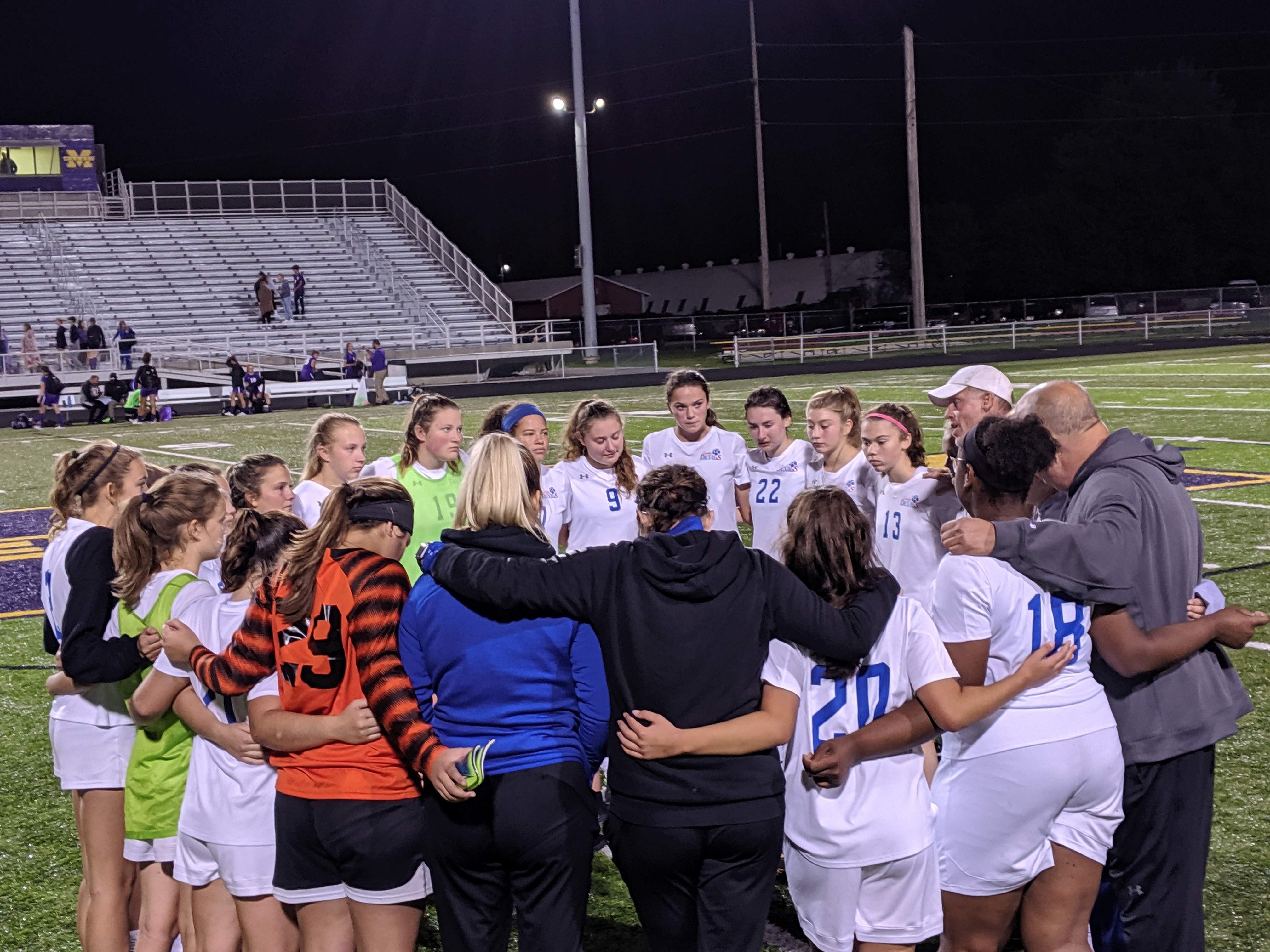 The Lady Blue Devils soccer team controlled play for the majority of the game vs. Maumee on Wednesday evening. A penalty kick was awarded to Springfield after Leah Swiller was tripped in the goal box in the first half. Mia Rose took the penalty kick and put away the go-ahead goal. The Blue Devils struck again early in the second half as Chloe Meyette hustled to get the team’s second goal. This 2-0 victory marked the end of the regular season for Springfield; they will begin sectional tournament play against Whitmer at home on Monday at 5:00 PM.