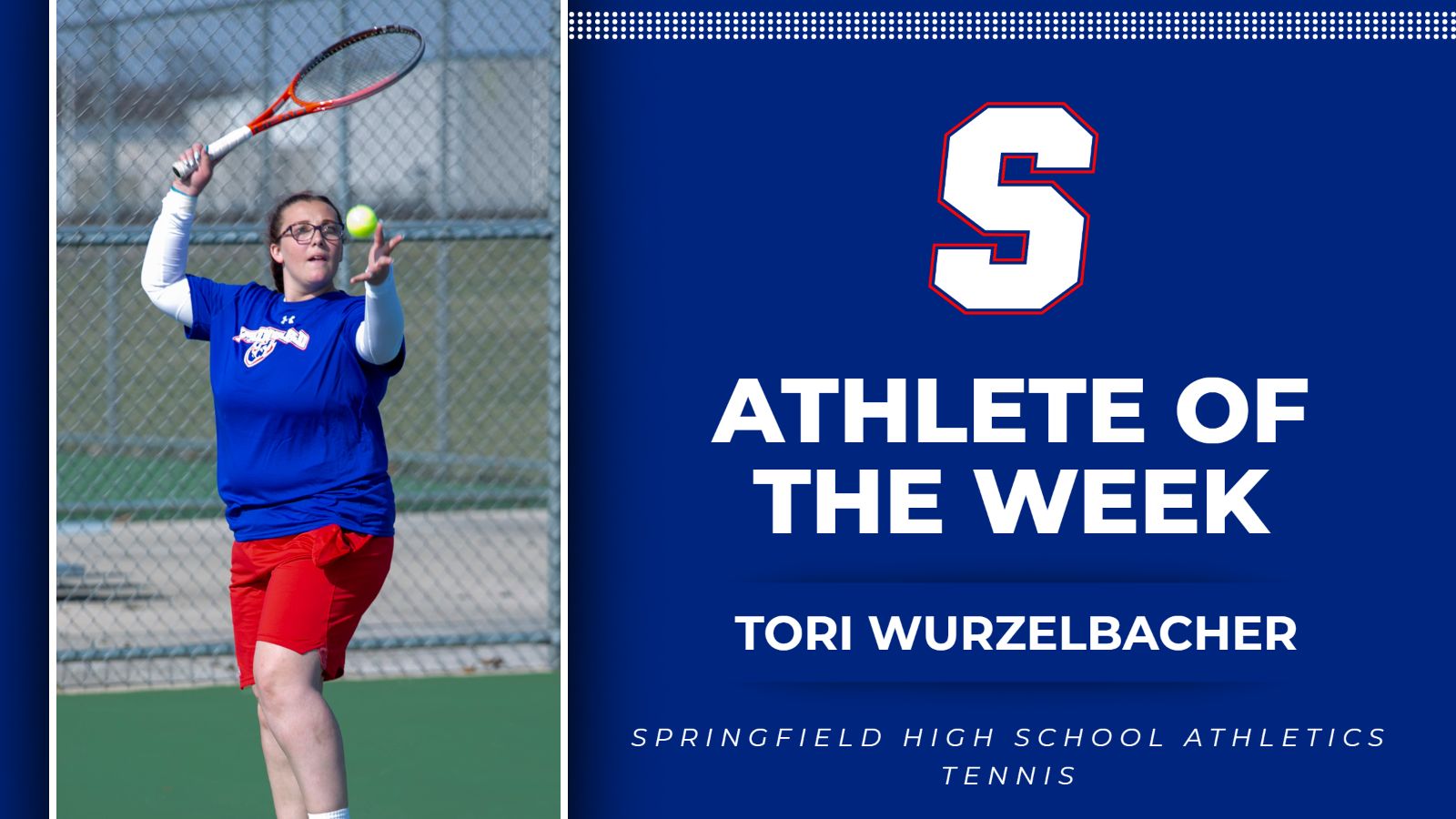 Senior Tori Wurzelbacher is an Athlete of the Week for Springfield High School. This past week, Tori won her match against Perrysburg in a three set tie-break and she won her match against Whitmer. She also helped the team capture the runner-up award at this past weekend’s Clyde Tennis Invite by finishing in 2nd place in 2nd singles. Tennis coach Mike Fink said of Tori, “She’s the Queen’s Gambit of tennis. She sets her points up like a chess match, always three moves ahead of her opponent.” Being the only girl on the boys tennis team (because she plays volleyball in the fall), her opponents “have been all boys having to surrender to the queen!” Congratulations, Tori!

The Athlete of the Week awards are sponsored by the Springfield Athletic Boosters.