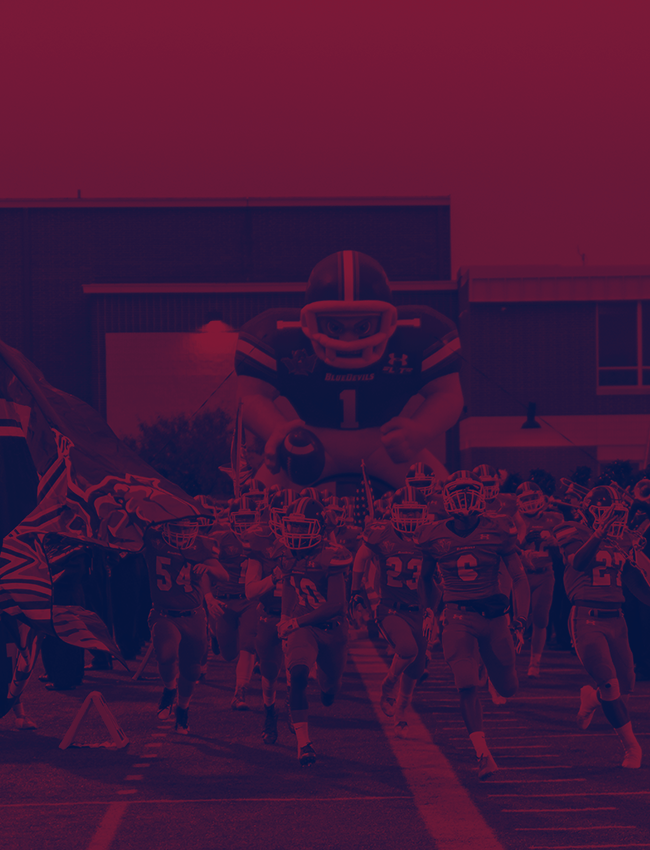 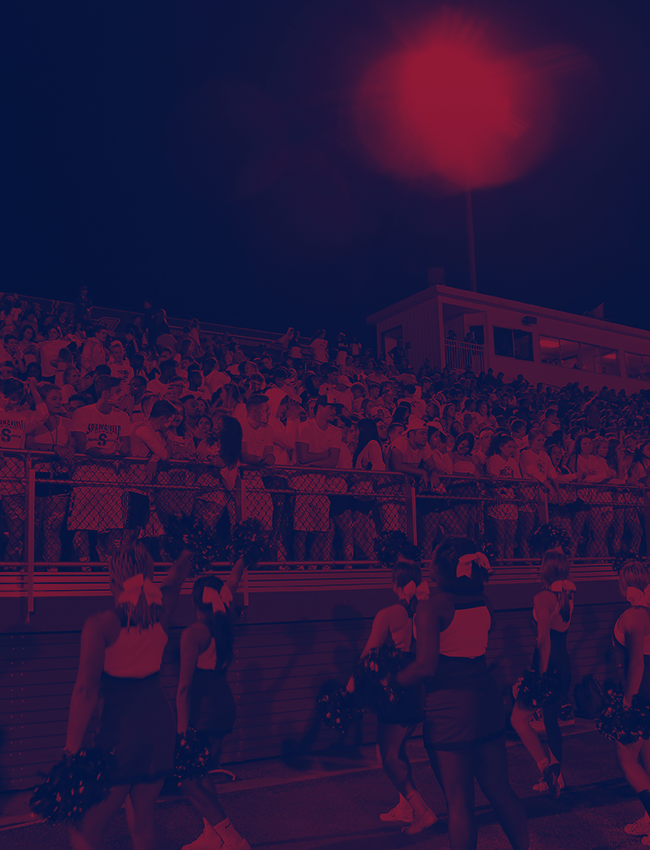 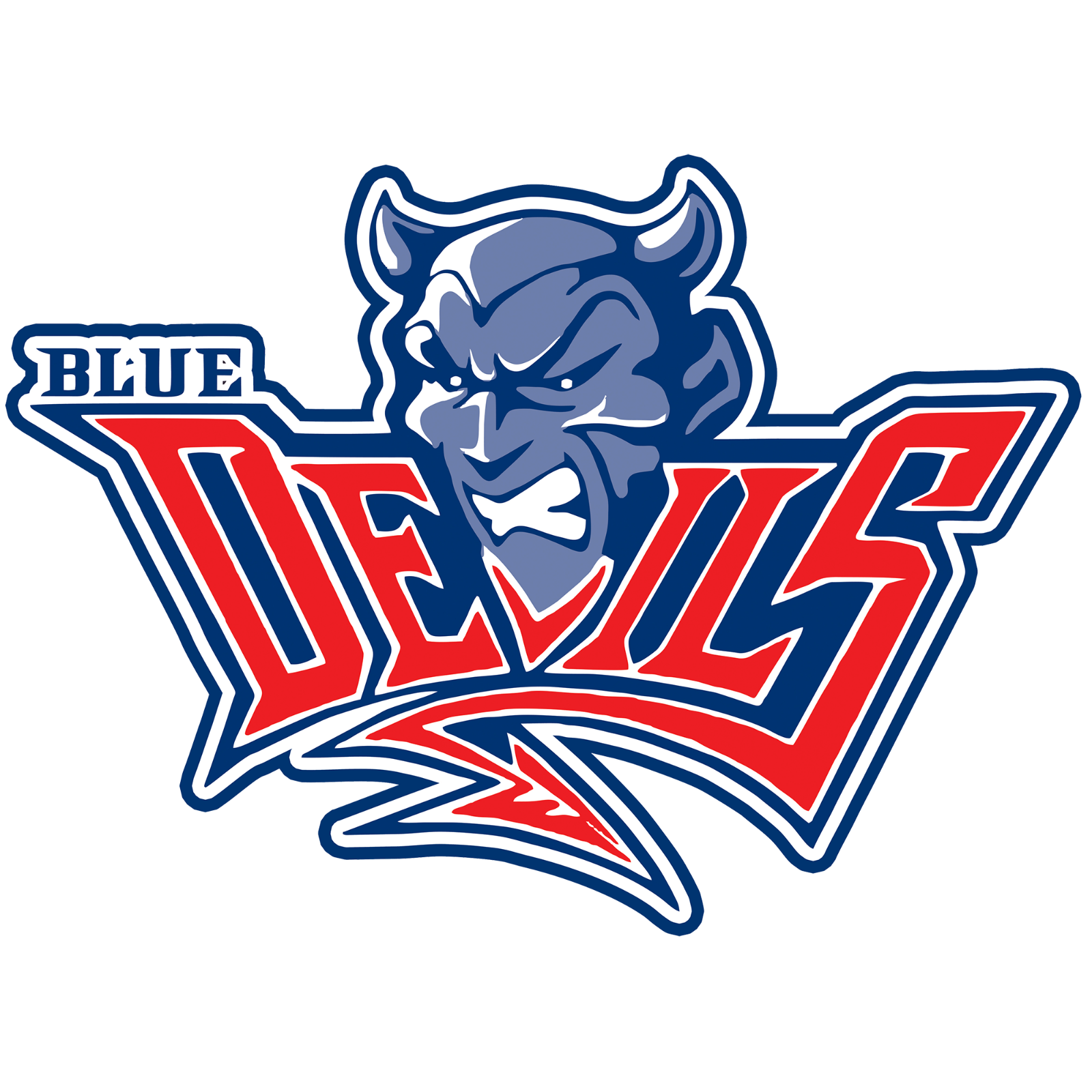 On Friday January 17th, Major Kristopher Lovingood and Amy (Driver) Jackson were celebrated at halftime of the boys varsity basketball game vs. Southview. Major Kristopher Lovingood was honored as a Springfield Distinguished Alumni and Amy (Driver) Jackson was inducted as a member of the Athletic Hall of Fame. Following the halftime ceremony, both inductees were celebrated at a reception with family and friends. Congratulations to our two newest Hall of Fame inductees! Here is the information from both of their Hall of Fame plaques:

When Major Lovingood enlisted following graduation, he saw it as a stepping stone to pay for college, travel, and to experience life. Over the next 25 years, Major Lovingood was deployed to and commanded troops in posts around the world. He also received his Bachelor of Science degree, and many military honors including a Bronze Star, a Meritorious Service Medal, an Army Commendation Medal, and a Presidential Unit Citation. Now retired, he and his wife Gina live in Swanton and have 4 children & 2 granddaughters. 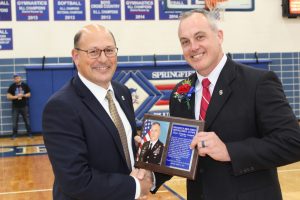 Amy was President of the Class of 1998 and an outstanding volleyball player and track leader. She earned a scholarship to The University of Findlay where she played volleyball for four years and earned a Bachelor of Science degree as well as a Master’s degree in Physical Therapy. She and her husband Eric have two children. Amy is a physical therapist and is involved with a mission-based company. Amy enjoys activities with family and friends while continuing to learn about health and wellness. 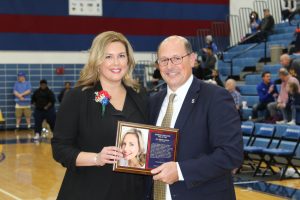