On Friday night, the girls basketball team hosted the Maumee Panthers for their first game in the new year. The girls pulled away in the fourth quarter to take down Maumee 50-35. Mia Rose led all scorers with 23 points. She was followed by Markiya Cunningham, who turned in a solid double-double performance with 15 points and 12 rebounds. The other scorers for the Blue Devils were Kendall Carruthers with 6, Leah Swiller with 5, and Leslie Hiser with 1. The girls will host the Whitmer Panthers on Monday with the freshman tipping off at 4:45 PM, JV at 6:00 PM, and varsity at 7:30 PM. 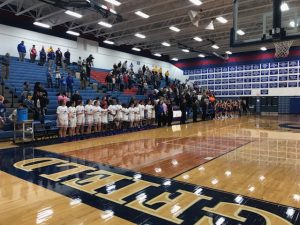 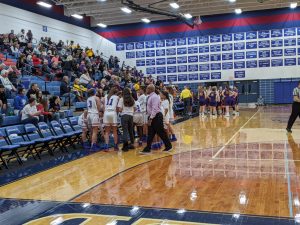 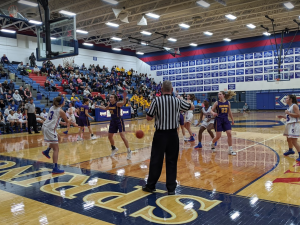 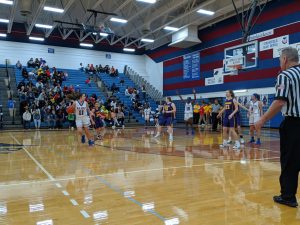 During the player introductions, the girls paused to celebrate Stephanie Doyle and her fight against cancer. Stephanie (’99) and her husband, Mike (’98), are both Springfield graduates and they have three beautiful young daughters. Each starter presented a flower to Stephanie as they were announced to the crowd and Stephanie received a standing ovation in support of her battle. Stephanie has been battling cancer for a few years and she was recently let go from her job and denied disability. We will be hosting a bake sale at the January 17th boys and girls basketball games against Southview to help raise money for the Doyle family. There has been an active GoFundMe fundraiser that was created for Stephanie and her family since June. You can read more about Stephanie’s story and help the Doyle family by contributing here: Stephanie Doyle GoFundMe 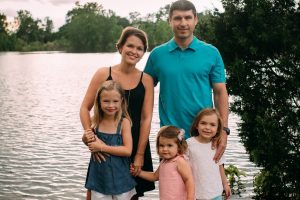 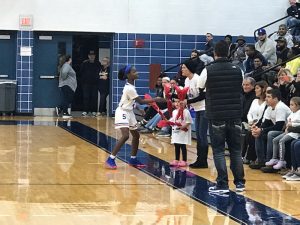 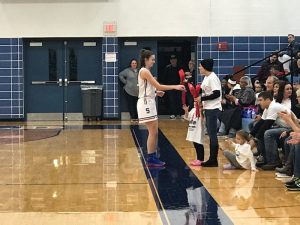