On December 6th, the Blue Devils played the Northview Wildcats in their home opener. Deon Key got the action going by sinking the first bucket a mere 34 seconds into the game. Later in the quarter Bo Bucher had a steal and went coast-to-coast for a quick layup. Elijah Kimmons finished the quarter with a 3-pointer, pulling the Blue Devils within two points with a score of 12-14. In the second quarter the Blue Devils made a stellar play when Jasiri Williams brought the ball up court and made a pass to a streaking Denzel Stuart for a layup. Bucher made a 3-pointer and Springfield finished the half with 28 points. Bucher stayed hot and opened the second half strong with another 3-pointer. Key also got into the long range game and made a 3-pointer of his own. After a missed shot, Key managed to recover the ball and make a bucket to close out the third quarter with Springfield trailing 43-52. The Blue Devils really raised their defensive effort in the fourth quarter and closed the gap to 60-61. In the final minutes of the game, Elijah Kimmons knocked down a key 3-pointer and the Blue Devils took home a hard fought victory with a winning score of 64-61. Overall, Denzel Stuart was the high scorer, racking up an impressive 17 points for the Springfield varsity boys team. 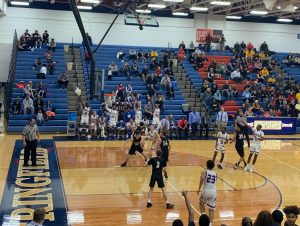 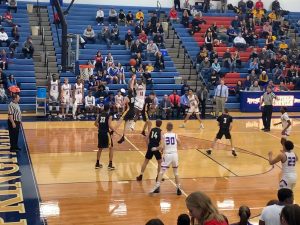 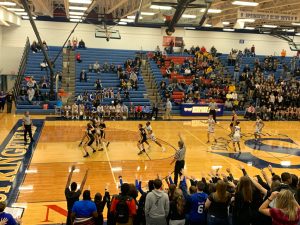